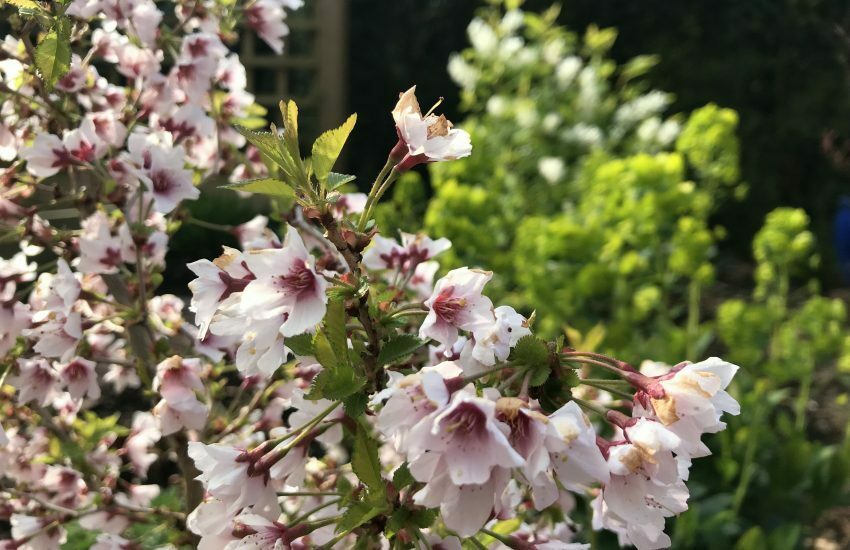 It was exciting this March to see some of the early flowering plants that we positioned last year burst into flower; these included the euphorbia, clematis, and some of the bulbs like the daffodil ‘Thalia‘; this multi-headed classic variety are pure white and really stand out against the bark mulch. We will definitely be planting more of these bulbs in the future. 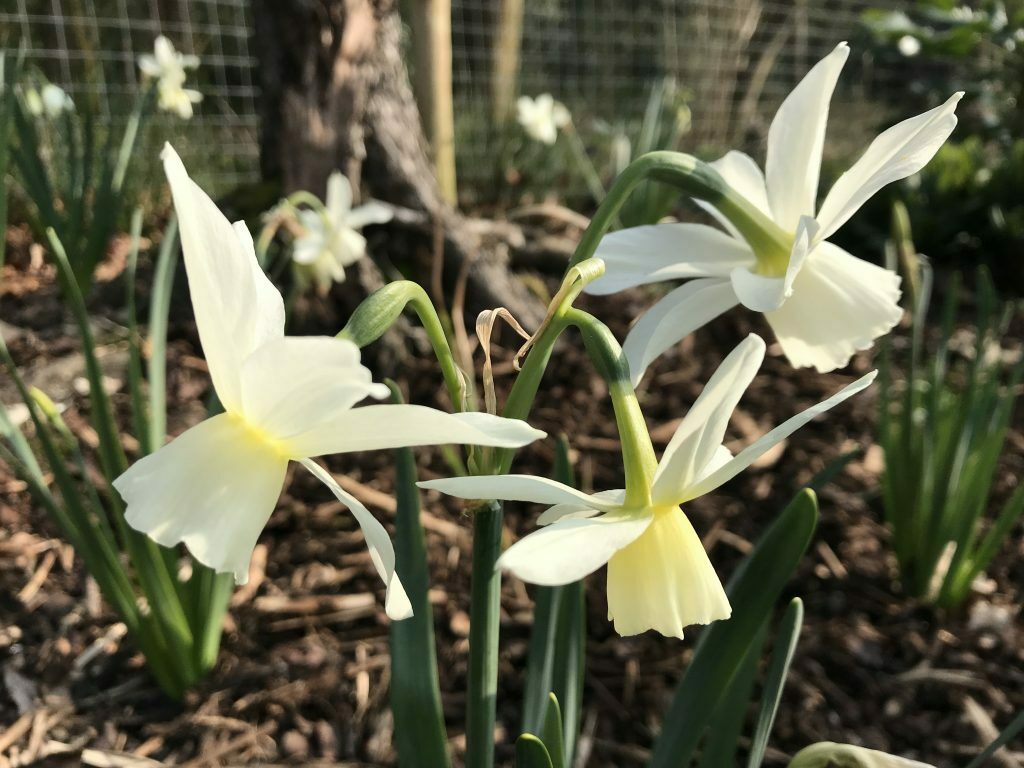 The exochorda serratifolia ‘Snow White‘ has been the first shrub to flower this year; the blooms are purest white and they contrast beautifully with the lime green leaves.  This plant was the first to develop its leaves (as early as January) so coupled with its striking and abundant blossom it’s a great addition to an early spring garden. The verdant green flowers of the euphorbia (pictured below) have also provided lots of interest – it’s been a pleasant surprise to see how tall the vertical flower stems grow.

On March 3rd we extended the mixed border that we created last year and and mulched over both sections to create one seamless patch. On the 9th we planted into the newly extended section;  this included 6 x allium ‘Mount Everest‘ and also all of the plants that we bought a few months ago from RHS Wisley (look back at my January post for the complete list). On the 10th we created a brand new planting bed which sits adjacent to the right hand side of the dry stone wall. We worked all day to remove the turf, dig it over, plant and mulch. Rather than plant any new varieties we thought it would be better for consistency and impact to add to our stock of plants that are already doing well in the mixed border. These consist of hardy perennials that seem to like our heavy clay soil such as leucanthemum, rudbeckia and geraniums. In addition to this we did allow ourselves to plant one new hydrangea – ‘Annabelle‘

With the help of a kind friend we dug out the foundations for the final quarter of the dry stone wall on the 23rd. We’ve booked off 2 weeks over the easter period (8th – 22nd April) to complete this project. I am so looking forward to completing the hard landscaping and getting stuck into the fun part of planting this up and creating the paths etc. 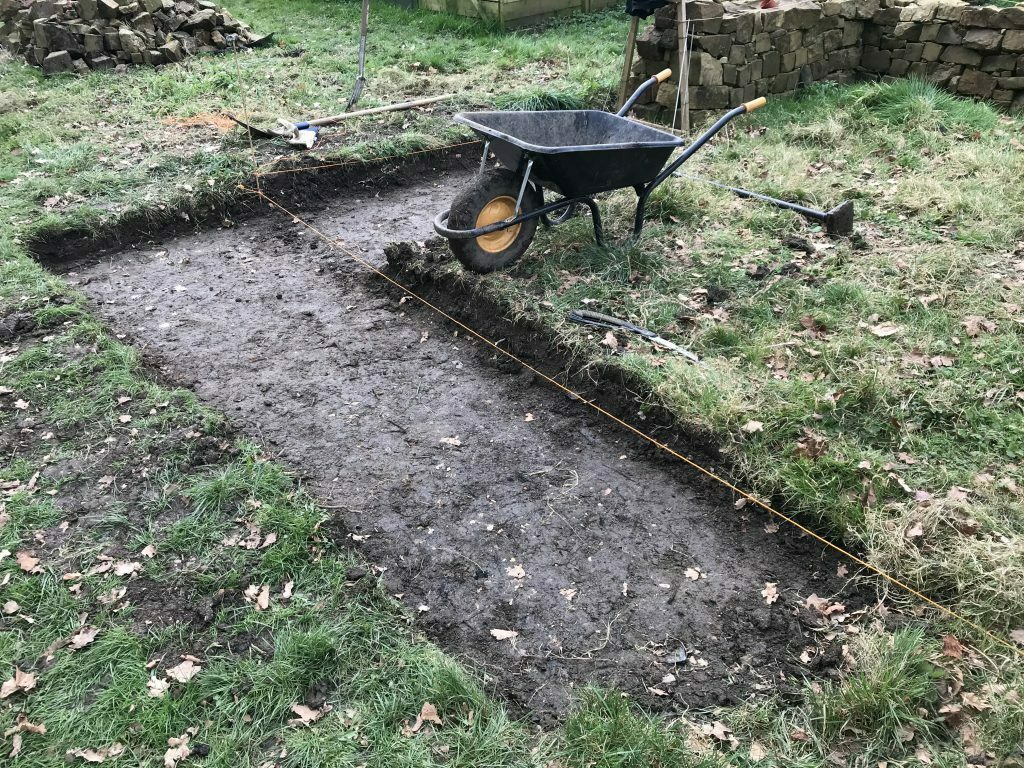 On the same day we also transplanted 7 fox gloves which had self-seeded themselves in different parts of the garden. We moved these to the planting beds and look forward to their plumes of flowers in the coming months; how lucky to have 7 free plants to enjoy. On the 24th we built 2 more coppice structures and 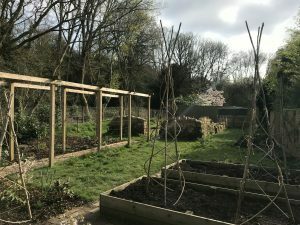 situated these in the closest raised bed. We are going to plant our cobaea scandaens ‘Alba‘ plants up these once the chance of the last frost has passed – hopefully they won’t have outgrown the kitchen by then. On the 31st we got back from a weekend with Luke’s family to find that our local deer population had dined happily on many of the new tender shoots in our absence. We hastily cobbled together a gate (we’ve named it the deer defender) made up of the wire and posts used to create the garden fence back in 2017. The geraniums have made a come back but the rose was nibbled to within an inch of its life so I’m not sure we’l get flowers this year. Hopefully I’m proven wrong. 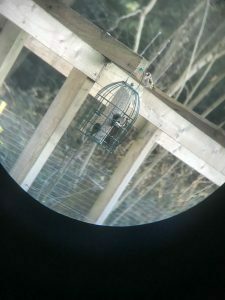 Final thought – gold finches and long-tailed tits made an appearance on the feeders this month, although they’ve visited us before its only ever been fleeting… I hope I can entice them with enough peanuts and sunflower hearts to stay longer term.