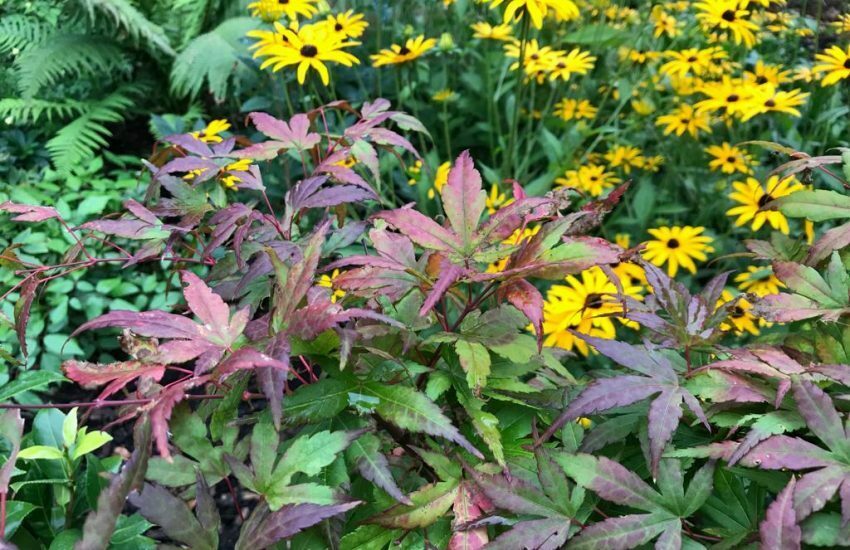 At the  beginning of September we visited the north Cotswolds on our honeymoon. The main attraction was to visit the garden at Hidcote and it didn’t disappoint! Since watching a programme on this garden a few years ago we’ve always wanted to go – it’s an incredible place with so many garden rooms crammed into a relatively small place. Walking  out into the long vistas after being in small, intimate spaces was exciting; we’re definitely going to come back to visit the garden again next spring.

The red border was one of my favourite parts of Hidcote – totally delightful. Unfortunately we were not able to walk up the length of it as they had cordoned it off (they do this on certain days to stop the grass being ruined). I also loved the views through the maple garden as well as the planting beds/pots in that particular garden room.

On the way back from the honeymoon weekend we also visited Snowshill Manor and Garden  which is  owned by the National Trust.  Although the garden there is relatively small the ‘Well Court’ was really beautifully landscaped – I particularly enjoyed the stone raised beds and the feeling of being enclosed in all that cotswold stone.

In September the miscanthus sinensis ‘Silberfeder‘ we bought and planted back in June from the plant centre at RHS Wisley produced their first seed heads. Although there were only a few it’s exciting to see that since we planted them lots of new growth has appeared which hopefully means they are happy in that location. We also had some other plants come into flower this month like this caryopteris ‘Pink Perfection‘ – it has beautiful soft pink flowers. 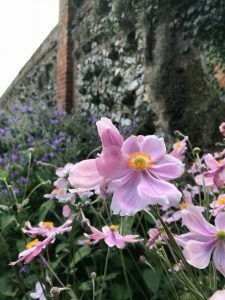 We visited the National Trust gardens at Polesden Lacey this month- we’d been meaning to go for ages as it’s actually very close to where we live – the Japanese anemone in the walled garden were glorious! In terms of the garden itself, we took the time to do some odd jobs including pruning the hedge and mashing up waste 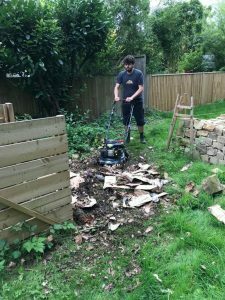 for the compost – we raked and dug over the compost that was already in there; hopefully this will mean that it can break down more efficiently. Next year we are going to construct a lid for the composting station to keep the worst of the wet out. As you can see in the profile picture for this month, the autumn colours are starting to creep into some of the leaves like the acer; this looks gorgeous next to the brilliant yellows of the rudbeckia. In reflection I feel like we haven’t done much in the garden this month – I’m blaming that on wedding recuperation..!