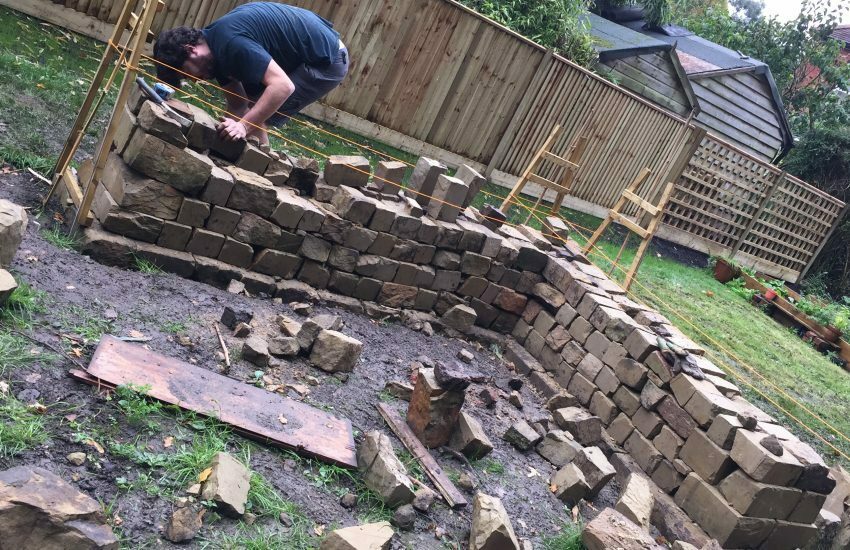 During September and October we continued to slog away at the wall as you can see from the pictures! It was actually easier going as we’d learnt a lot from our experiences building the first quarter. The biggest difference was realising that we could really chip away at stones so we could fit them where we needed them to go; we also learnt that we should make each course as flat as possible (I realise how obvious that sounds!) Ensuring that each course was flatter meant that the subsequent courses could be assembled much quicker. After finishing this quarter we decided that we would not attempt any more of the wall this year, as we didn’t want to work through the winter. We thought it would be better to start again on the final half early in Spring 2018 – hopefully we’ll have enough stone to get us through to completion (I doubt it!) 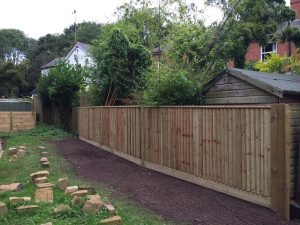 As well as quarter 2 of the dry stone wall being completed, our neighbours had their fence constructed – the guy that made it did a fantastic job and built it from scratch (no panels etc). When he fist came to measure up he thought that Luke was a professional dry stone  waller(!) In time I want to grow some sort of evergreen climber on it so that we conceal all the fences. Below is a video of the second quarter of the dry stone wall on the day we finished it; there is also a short video of the completed fence.